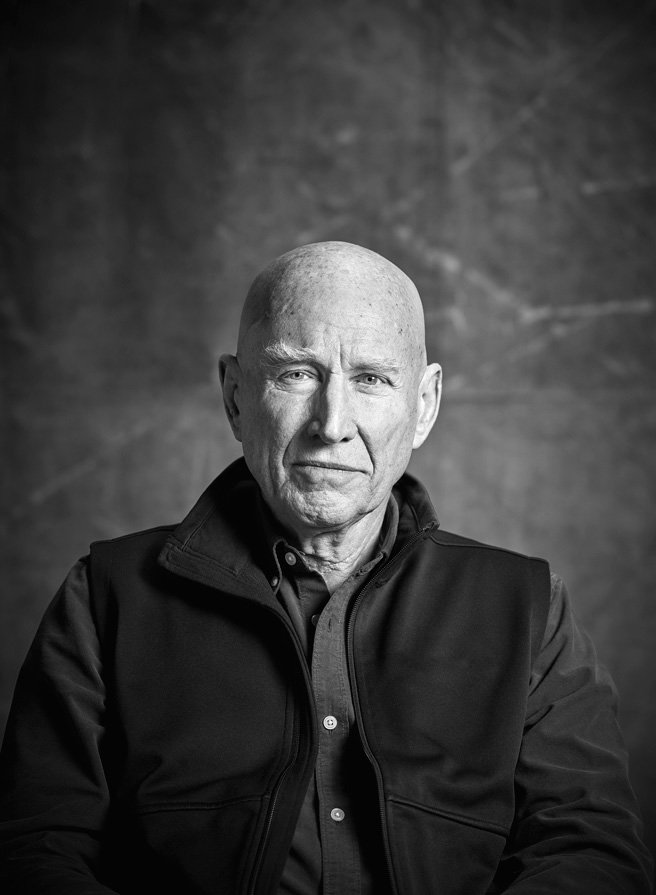 “The first time I saw the Serra Pelada mine, I was speechless. There was this huge pit before me, almost two hundred metres in diameter and just as deep, swarming with tens of thousands of barely clothed men, half of them carrying heavy bags of earth on rickety wooden ladders, the other half hurtling down muddy slopes towards the abyss. They were looking for gold.” Sebastião Salgado first discovered this Dantean scene of open-pit hell in the heart of the State of Para in September 1986, aged 44, having previously been denied access to it. He sought political asylum in France from where he lobbied for democracy, and was only able to return to his home country at the end of the military dictatorship.

“I arranged to live with the miners for as long as necessary. I stayed there 35 days, sleeping outdoors in a hammock under a tarpaulin, with the food and water that I’d brought from the city.” Salgado photographed everything, constantly, in his trademark black and white. Conditions were appalling; with accidents occurring on a daily basis, but the result is a frighteningly beautiful set of images depicting lines of human ants scouring the earth for a vein of gold, clusters of bodies and matter, and the demented gazes of wretched souls, barefoot in streams of filth and mercury.

Sebastião Salgado has achieved the highest recognition and won the profession’s most prestigious awards (Oskar Barnack, the Royal Photographic Society, among others). His work has been exhibited in the world’s greatest museums and since 2016, he has been a member of the French Academy of Fine Arts. He is currently in the spotlight, however, for his sumptuous book simply entitled Gold (published in 2019 by Éditions Taschen) which brings together the haunting and hypnotic images, with their almost biblical iconography, of the now-closed gold mine.

So why did he resurrect this collection? “At the time, I was working on The Hand of Man, a vast perspective depicting the end of the industrial revolution, I sought to highlight the nobility of men at work. I only used forty or so of my images of the mine in that book. It was only when I was forced to rest in 2016 that I decided to revisit this work, which I had somewhat neglected.”

Salgado has immortalised all the transformations undergone by our societies, the sufferings of our Earth and mankind’s destruction of the environment. “I’ve been to the depths of darkness. I now dream of a brighter world.” As if to complete a photographic cycle, he recently returned to the Amazon where he photographed the native tribes in their own Garden of Eden, like a promise of a world where mankind might restore some harmony with the planet they have so badly mistreated.