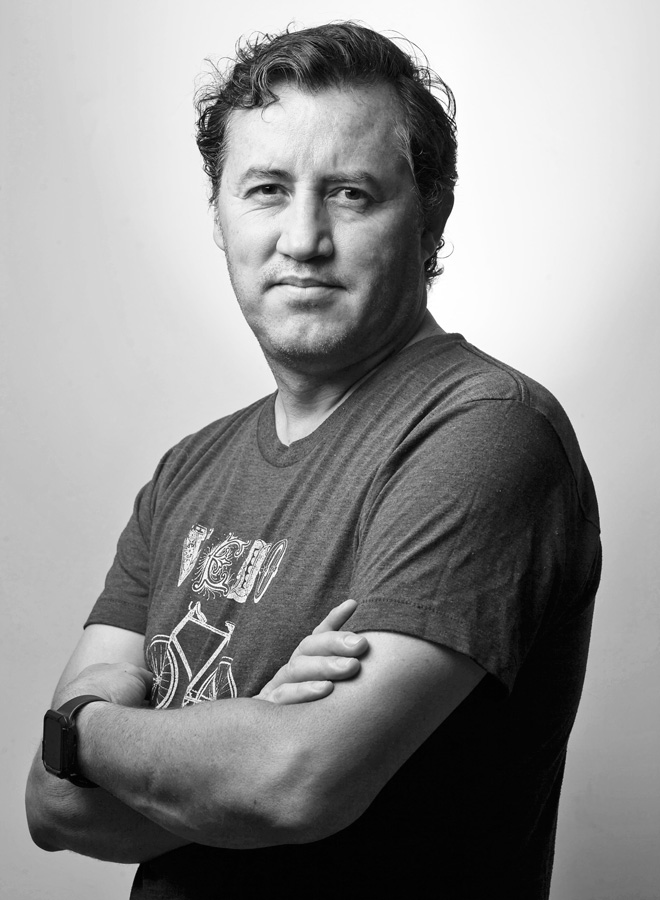 This photographer started his career working for the local press in 1998, but joining Agence France Press gave him the chance to cover events of international importance, such as Fidel Castro’s funeral. Pedro Pardo is still based in Mexico and was awarded a World Press Photo prize in 2019 for his shot of a group of Latin American migrants climbing the wall between Mexico and the United States. He continues to document a wounded country that sinks deeper and deeper into violence every day. With several of his photos selected for Time magazine’s Photos of the Year gallery and winner of a number of prestigious awards, Pardo is the archetypal agency photographer, a worker bee foraging daily for news.

His photographs make the front pages and reveal a harsh and harrowing reality, forcing us to question the world we are shaping, a world where children take up arms to protect their land, villagers create their own self-defense militia against drug cartels, and contingents of destitute people brave the exodus to seek a brighter future in North America. “I’ve always believed that journalism can transform the community,” states Pardo. This goes some way to explaining what drives him to continue with his work: bearing witness. Day after day. Illustrating the human disasters that occur when the State and politicians fail in the mission entrusted to them by their citizens.