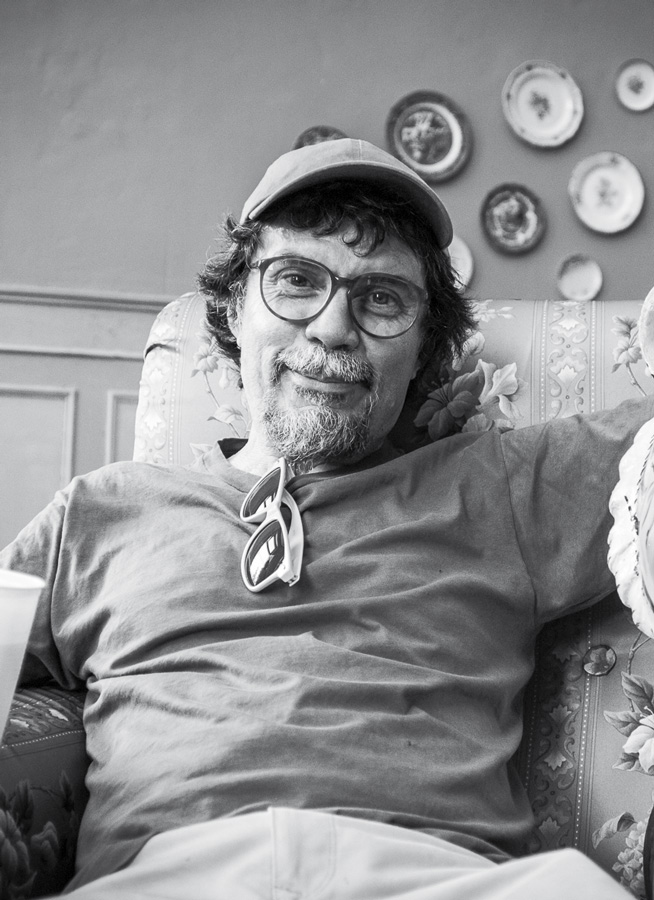 The colours are clearly reminiscent of Martin Parr, the humour of Peter Dench, and the images of Andy Warhol. Marcos López, a leading name in Argentinian photography, took up this profession after the 1978 World Cup, where he had met a host of photographers covering the event. Renowned for his Pop Latino series, his photographs are composed like paintings where pop culture, American culture and Latin American clichés (in all senses of the term!) collide.

Far-removed from his first black-and-white photographs published in a book in 1993, he depicts his inventive and surrealist conception of the world around him, creating an amused yet scathing critique of our consumer society and modern times. “I create arrangements that document reality,” explains the artist. “Just like Glauber Rocha did when depicting the sertão in north-east Brazil. I take possession of the damp Pampas and create a scene. A theatre. I ask the actors to portray my own anguish. A cardboard cut-out Argentina.”

His work ultimately refers to a land: Latin America. To its founding myths but also and especially to the cracks that are emerging. His images are like a distorting mirror where excess and caustic kitsch collide. “I start with an emotional situation and add some local colour, like a social and political commentator observing my own work,” he explains. The result: ironic scenes of iridescent colour that portray a Latin America being drip-fed the American Way of Life. López’s highly individual style appeals to both the general public and businesses like Pernod-Ricard, which commissioned the artist to produce a series of portraits to illustrate its 2009 annual report. “I like to exaggerate,” insists López, who is both provocative and observant. He deliberately mixes the profane and the sacred to offer his own kitsch and caustic take on the great religious paintings dear to South American society, where devotion reigns supreme.

However, behind this colourful veneer of soda bottles, rippling muscles, brazen bimbos and comic situations, another truth ultimately emerges of a violent cultural impoverishment orchestrated by the steamroller of consumerism, that mercilessly and indiscriminately normalises mankind wherever it goes. This work is entirely accessible but it is, in fact, deeply complex, revealing several levels of sociological and philosophical interpretation.