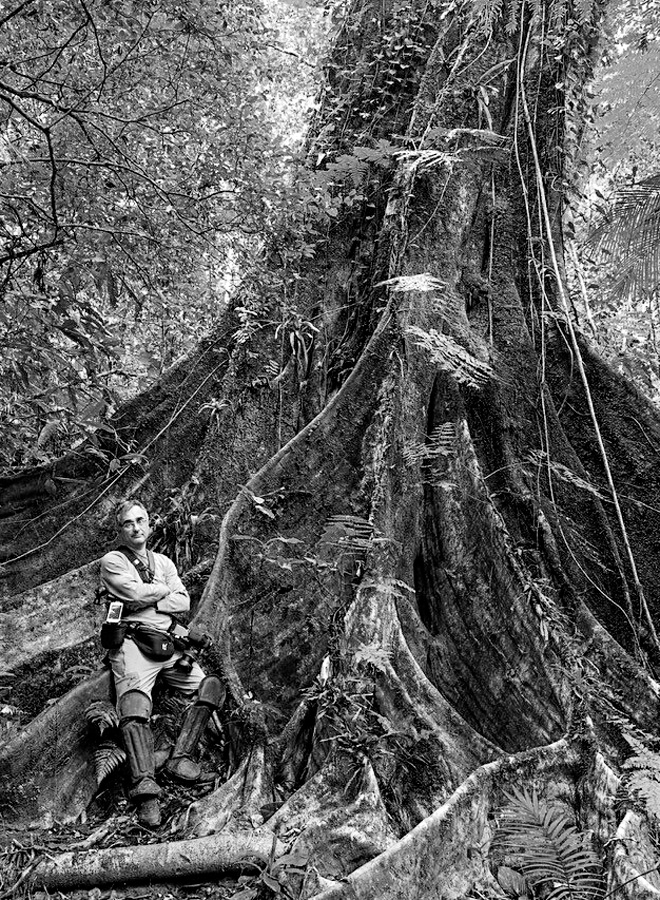 This Brazilian photographer creates some dizzying images. Fortunately, however, most of them are not real! Take, for example, the startling picture of an imaginary runway where 250 planes form an impossible maze of fuselages that appears to hint at a nightmarish future for aviation. Now, however, it evokes the harrowing images of airports full of grounded planes during the worldwide lockdown triggered by the Covid-19 pandemic. It took 800 hours of work to produce this photograph. Its creator is fascinated by the dizzying numbers that seem to define our ultra-modern world, and he strives to illustrate them. Another astonishing image in the same series features 50,000 cars in a row… yet this represents just a tiny percentage of the 5 million vehicles currently in circulation in São Paulo, the artist’s home city.

Vasconcellos is an aerial photography devotee who explores our excessively industrial universe, switching approaches and styles as he does so. Here, he contrasts his apocalyptic vision of a world dominated by machines with a series of monochrome colour images depicting the virgin forests of Brazil, inspired by the engravings produced in the 1820s by French archaeologist and scientist Charles Othon Frédéric Jean-Baptiste, Comte de Clarac. In this series, the photographer takes on a dual role: that of a botanist/activist describing the fragility and diversity of tropical ecosystems with scientific accuracy, and that of an artist, illustrating the beauty and soft shades of the forest canopy. Green is omnipresent, and nature a protagonist in its own right. In today’s context of forest fires, his work is a reminder of the importance of the Amazon basin for the survival of mankind and the vital need to capture the majestic beauty and fragility of virgin forests. Here, the magic and unfathomable mystery of this tropical realm are revealed in an almost lithographic process, with minute details bathed in a mesmerising half-light.

Vasconcellos’s photographic output is multifaceted. His work is a mix of photojournalism assignments, advertising commissions and more personal series. He has received several awards in his native Brazil, and the full breadth of his talent is apparent in these two series which appear contradictory at first glance but which ultimately echo one another. The images instantly plunge us into a natural world from another era, as if bearing witness to the extinction that is currently underway and forcing us to think about our dehumanised industrial society… which is now utterly out of control.