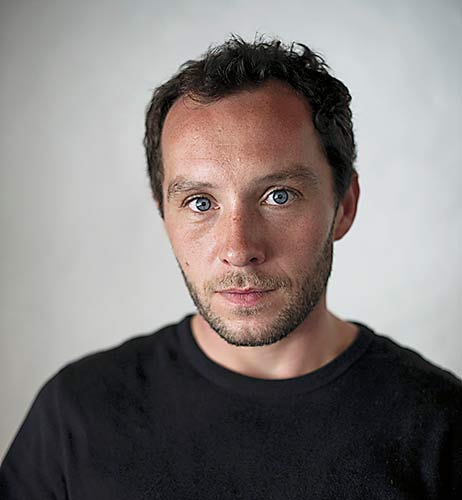 29 August 1949: the Soviet Union drops its first atomic bomb under code name “First Lightning”. This instrument of death sends a gigantic mushroom cloud into the air and triggers the nuclear race between the USA and the USSR. And it was beneath the Kazakh steppes, in the region of Semipalatinsk – nicknamed the Polygon – that almost a quarter of all nuclear tests in history would subsequently be conducted over a period of some forty years: a total of 456 detonations, both above and below ground.

Photographer Phil Hatcher-Moore leads us to this remote and little-known region the size of Belgium. The zone is officially declared uninhabitable. And yet… an estimated 200,000 residents were used as guinea pigs; some were even ordered to remain outside during the explosions to serve as test subjects for the after-effects of exposure to radiation. Today, no one really knows how many people still live on this former nuclear testing site. The few visitors who travel to the heart of this contaminated landscape must wear protective footwear and masks: radiation levels are 70 to 400 times higher than normal. Today, more than 356,000 people are exposed to the consequences of radiation, resulting in a cancer rate that is two to three times higher than elsewhere in Kazakhstan, birth defects, mental illness and infertility.

Winner of the 2016 Yves Rocher Foundation Photography Award, which was presented in Perpignan at the Visa pour l’Image festival, British photojournalist Phil Hatcher-Moore travelled to the heart of these devastated steppes which, after the collapse of the Soviet Union, inherited the fourth largest nuclear arsenal in the world. The country managed to rid itself of this poisoned chalice with help, in particular, from Russia and the USA, which in 2012 – 63 years after the first nuclear detonation on Kazakh soil – sealed the Polygon’s natural plutonium reserves under a mountain.

The ravaged landscapes revealed to us by Phil Hatcher-Moore and his intimate, powerful portraits of the inhabitants of the Polygon constitute a warning. From Chernobyl to Fukushima and Three Mile Island, the events of recent decades have served to remind the world of the terrible consequences of nuclear accidents. Apparently in vain. Phil Hatcher-Moore’s striking work, presented exclusively at La Gacilly, sounds this alarm once again. It is up to us to hear it.