We Were Once Three Miles From The Sea 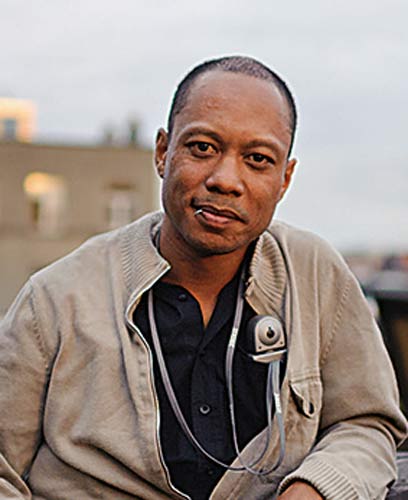 “The concept of global warning was created by and for the Chinese in order to make U.S. manufacturing non-competitive.” Donald Trump tweeted this on the evening of 6 November 2012. Barack Obama had just won the presidential election, beating Mitt Romney. At the time, nobody thought for a single second that the American entrepreneur and reality TV star, amateur wrestler in his spare time and climate change sceptic/conspiracy theorist would one day occupy the White House.

But whatever the 45th president of the United States might think, global warming is a reality. In 2016, measurements taken at the Mauna Loa observatory in Hawaii show that carbon dioxide levels in the atmosphere exceeded 400 parts per million for the first time since mankind has walked the Earth. And rising sea levels are just one of its numerous consequences. The Ghanaian coastline that Nyani Quarmyne shows us is one of the most blatant examples of this. Based in Accra, the photographer set out to meet the inhabitants of the fishing villages in the south of the country: the men and women driven by financial hardship to abandon their homes before they are inevitably carried off to sea.
“I visited the small village of Totope in 2004”, says Nyani Quarmyne. “At the time, no one was talking about climate change, erosion, rising sea levels or the danger of being swallowed up by the ocean. When I returned six years later, piped water systems had been brought to the region. But Totope was under the water. That was when one of the elders said this terrible thing to me: ‘We were once three miles from the sea.’”

The concept of climate change remains all too often abstract, illustrated by complex scientific terms and diagrams that are incomprehensible to the average person. Politicians bandy about the term for electoral purposes, using it but never really impressing its meaning. The work accomplished by Nyani Quarmyne and other photographers concerned by this issue, which is crucial to the survival of our planet, make an essential contribution to raising awareness about the problem: we have to see something to believe it. This is what gives these portraits of men and women submerged by the sands in what were once, not so long ago, their homes their evocative power.