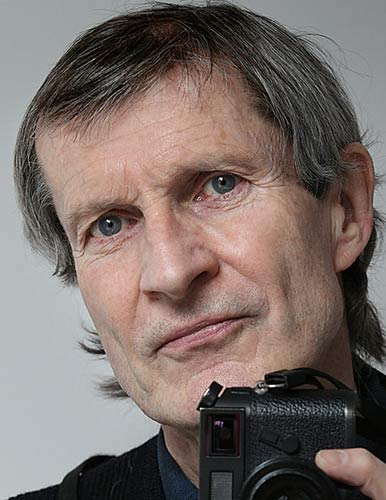 In the autumn of 2016, the story of Pizza the bear held in captivity in a shopping centre in China made headlines in France. Newspaper articles, televised reports and talk shows about ‘the world’s saddest bear’ flooded the media for a short time before being swept aside by some other event. Before people could be reminded, for example, that Pizza is just one of 180 polar bears held in captivity around the world.

The question of the confinement of animals is central to Michel Vanden Eeckhoudt’s work. This Belgian photographer and member of the VU agency passed away in March 2015 after a long illness. His oeuvre, which addressed social issues by examining life in disadvantaged French urban areas, the working classes and the way the judicial system operates, also demonstrated a keen interest in animals. Not just dogs and their relationship with man, but also the status of zoo animals.

“Although he avoids a fascination with war, tragedy and bloodshed, it is evident that he does not collude with the world of the elite”, writes Francine Deroudille, photography expert and daughter of Robert Doisneau, in one of the 12 books published by Vanden Eeckhoudt. “He doesn’t employ new technologies and doesn’t constantly change from one lens to another. He doesn’t jump from one mode to another. He tells his Leica camera what it should do, not the other way round. He is a craftsman who perfectly masters his art. Take his humour, for example. Humour is not the preserve of comedians, but a way of thinking.”

Never gloomy or sensationalist, his strange, surreal shots of animals in black and white address the issue of captivity head on, without neglecting to illustrate through mise-en-abîme that both beasts and men are imprisoned and united in the same dismal existence. Like a fable by La Fontaine, Vanden Eeckhoudt’s images can invariably be interpreted on two levels. They are suffused with an evocative power that takes us, within the space of a few seconds, from amusement to a form of despondency. Then to questioning and, inevitably, to greater awareness. This animal staring back at us with a painfully human expression has an air of suffering that is not unfamiliar to us. It is that of a powerless being screaming: “set me free.”