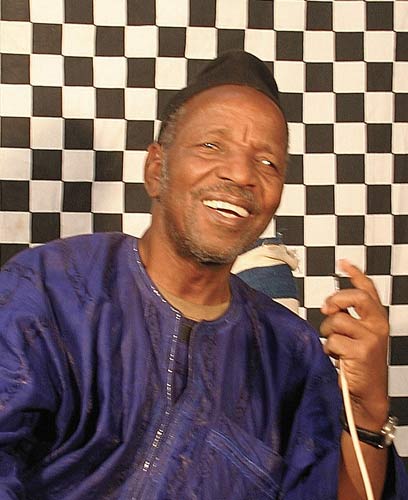 The man they called “The Eye of Bamako” died in 2016, aged 81. Malick Sidibé was born in Mali in 1935, in a small village in the south of the country. He was initially noticed for his talent as an illustrator, and was admitted to the Institut National des Arts de Bamako, from which he graduated in 1955. He took his first steps in photography alongside Gérard Guillat, known as “Gégé la Pellicule”, and opened Studio Malick in the Bagadadji district in the heart of the capital in 1962. He instantly became very involved in the cultural and social life of the city, which was buzzing with excitement after securing its independence. As a figure who was much appreciated by the young generation, Malick Sidibé attended all the parties at which new dances from Europe and Cuba were introduced, and young people in fashionable European clothing showed off their elegant outfits inspired by Hollywood films. The spontaneous portraits he took with his Rolleiflex show great empathy with the subjects posing for the camera.

Respected by his peers and enjoying immense influence over the artistic community of his country, he chose to illustrate a different aspect of Malian society from his contemporary Seydou Keïta: that of partying and working-class youth. But as was the case with his colleague, Studio Malick’s customers also brought their own accessories for their portraits along with them. These were undoubtedly items that reflected their personalities and made a statement, emphasising the exact way that they wanted to be perceived by their friends and families. In a certain way, this illustrated a desire to stand out and be noticed. To be good-looking, modern and cool. Fashionable.

This leading figure of African photography received several awards throughout his career, including the Chevalier des Arts et des Lettres of the French Republic, World Press Photo and the Hasselblad Award, to name but a few. In addition to these accolades, his work has been presented in countless exhibitions all over the world, from Tokyo to Paris, New York and London. His body of work will continue to inspire photographers around the world. In addition to masterpieces by this Malian national treasure, we are also presenting a series of Breton portraits shot in the same manner as those at Studio Malick while the photographer was in residence at the GwinZegal arts centre in the Côtes d’Armor department in 2010.