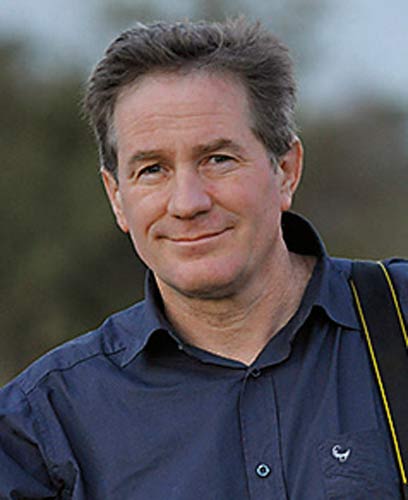 “You tell us what you want and we do it. You can drop us anywhere on Earth, we’ll get the job done. That’s what we were trained to do, and what we’ve always done. We are forever strangers in unknown lands. Through his work with National Geographic, Joel Sartore frequently undertakes photographic expeditions in far-flung corners of the world. Very few people can imagine the workload: we miss birthdays and holidays. But we will do it until the day we die. Why? Because we’re trying to save the Earth.”

To save the Earth, and the species that live here. Those that surround us. To achieve this, Joel Sartore and the National Geographic magazine decided to build an ark, like modern-day Noahs, to house photographs of over 12,000 species of animals. This photographic sanctuary will contain a portrait of every species threatened with extinction. To date, over 6,000 of them have been photographed, from the smallest to the largest, the most placid to the most restless. This task has taken him to zoos and reserves around the world.

“My goal is for these photos to engage people not only now, but also after my death. That when the public sees them, they ask themselves how they can help to save these animals, and that they really do it. But creating an image that will outlive us is a real challenge. I must take at least 30,000 photos a year. And from among this flood of pictures, only about three or four truly hit the mark. I have more fingers on one hand than good photos each year. And I’ve been taking them since I was 18.”

Joel Sartore produces his photo gallery in much the same way as a fashion shoot: against a black or white background with carefully chosen lighting for each animal. “The most important thing is the eyes. I have to be able to create a face-to-face encounter with the viewer.”

Over 500 million years, life on Earth has gone through five periods of extinction. And whatever Donald Trump might think, we are now staring down the barrel of the sixth: scientists call it the Holocene extinction. This alarming situation highlights Joel Sartore’s painstaking work and puts it into (colourful) perspective, urging us to realise that the countdown for man suffocating the natural world has begun.