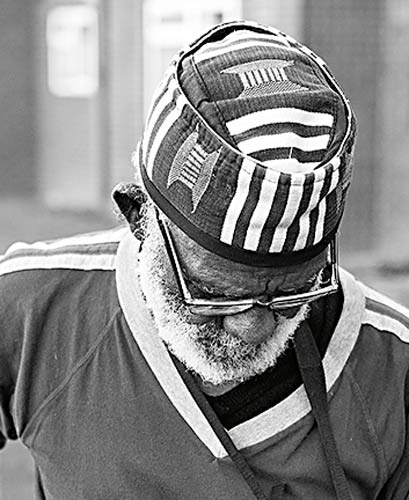 When James Barnor started out in his Ever Young studio in Accra, Ghana in the 1950s, or when he worked for influential African magazines such as Drum, he captured a society on the cusp of change with his black and white photographs.

But in 1959, two years after Ghana gained independence, he left for London. “Shortly after I arrived, Dennis Kemp took me to see an exhibition featuring large colour prints. I was instantly fascinated. In Ghana, we only used black and white. It was a real shock for me: I was determined to learn this technique! And that’s what brought me back to Ghana en 1970, as a representative for Agfa-Gevaert. Three years later I opened my second studio.”

During his time in London, James Barnor was not able to work on fashion shoots “because he was black”. So he invented his own distinctive style, at the crossroads between fashion and street photography. He caught the spirit of Swinging London and the experiences of the African diaspora in the British capital with finesse and sophistication. He ran into Mohamed Ali a few minutes before his fight with Brian London at Earl’s Court; he met models who he took to pose in emblematic London districts after their photo shoots for Drum, producing iconic pictures at the confluence of cultural differences.

Barnor’s talent shines through just as strongly in colour as in black and white. By enthusiastically embracing this new technique and enriching the grammar of his pictures, the photographer also became a photojournalist. At one point, in the late 20th century when colour was looked upon with disdain for being used in advertising, some of the leading figures in photography strove (sometimes secretly) to engage with this new mode of communication. And just like the famous Jacques Henri Lartigue, James Barnor was one of them. For colour is not just about aesthetics: it also provides information. Our eyes subconsciously guess the date of a picture from its tones and nuances.