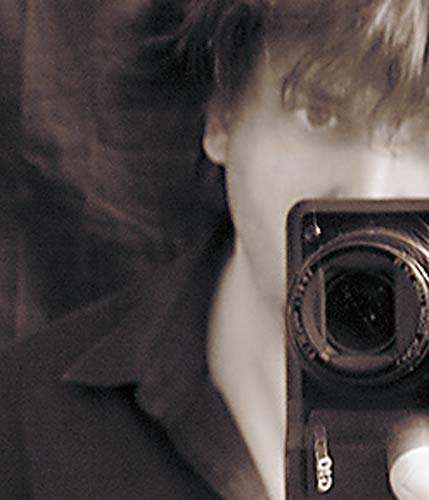 “It all began in 2004 with a vision of polar bears swimming underwater, which I saw through the glass around a pool in a zoo. It was both a very real and yet dreamlike experience to see these huge mammals gliding through the water and playing under the surface. From that day on, I began to take pictures of animals.”

Before coming to photography, Frenchman Eric Pillot, who was born in 1968, first tried his hand at drumming while studying for an engineering degree at the prestigious École Polytechnique. It was some years later, after working for the French Ministry of Defence and Navy on the design of radar detectors, that he rediscovered photography – fairly late, at the age of 30 – during a holiday in Greece. After mixing in scientific circles that seek to explain the world rationally, Eric Pillot discovered another language in which he could express himself differently. “I didn’t drop everything straight away, but I quickly realised that that was what I really wanted to do.”

Eric Pillot then devoted himself fully to his new passion. It was an exhibition on ravens by Japanese photographer Masahisa Fukase that permanently kindled his interest in animal photography. “It was this passion that drove me to visit zoos. Otherwise, I never really went to them. And when I’m not working, I don’t go there either. For me they are a medium that creates a connection between an artificial setting and nature. Photography only interests me as part of artistic research.”

This unique approach gives rise to images that are seemingly from the other side of the looking glass. These shots, suffused with an unusual grammar and dreamlike structure, depict wild animals against zoo architecture. The artist considers zoos to be cultural constructs. “The colours of their enclosures help me appeal to the imagination. In my photos, the beasts seem to me to represent something animal in ourselves. I endeavour to single this out in order to facilitate an encounter with this Other Self that we must take care of.”