Glénac: When the Tides Awaken 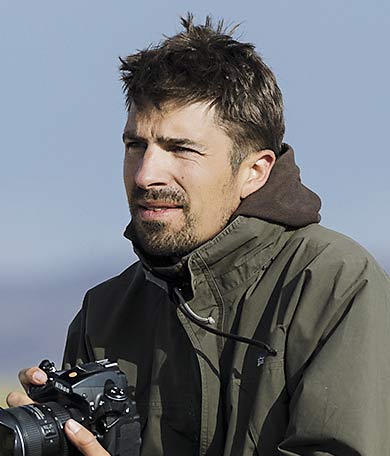 This is a land covered by water, which can only be crossed in the frailest of boats. A marshy world, enchanting and mysterious, taken straight from the pages of Tolkien. A sensory space in which nature has retained its freedom and where man is never more than a temporary guest.

A trained naturalist, Emmanuel Berthier began work as a coastline officer along the banks of the River Rance, between Dinan and Saint-Malo. With his camera slung over his shoulder, this hands-on role allowed him to carry out an in-depth study of the estuary and resulted in his first body of work. He currently lives in the Gulf of Morbihan. His work on the Mortier de Glénac marshes was carried out in the context of the new La Gacilly commune, which now encompasses Glénac and La Chapelle-Gaceline. From the winter mists to the first blossoms of spring, Berthier took the time to observe this natural wild environment, whose flora and fauna slowly awaken as the seasons unfurl.

“The common denominator of this work is the mist”, explains the photographer. “Mysterious and mystical, it can be seen in most of the images. It characterises this place to which people and migratory birds flock as soon as spring arrives and the fishing season begins.”

This marshland, which covers 410 hectares, is the largest area of water in the Vilaine marshlands and has been classed as a “key natural site” since 1981. This natural gem, this sanctuary that needs to be preserved, has been captured in all its beauty by Emmanuel Berthier, who concentrates on the smallest of details before looking up to capture the full majesty of the setting. Immersing ourselves in these images, we manage not only to forget the presence of the photographer, but also to escape from the bustle of the city. We rediscover a territory with which we thought we were familiar, but which, in certain aspects of its finery, recalls the exoticism of faraway lands straight out of the fairy tales and legends of our childhood.