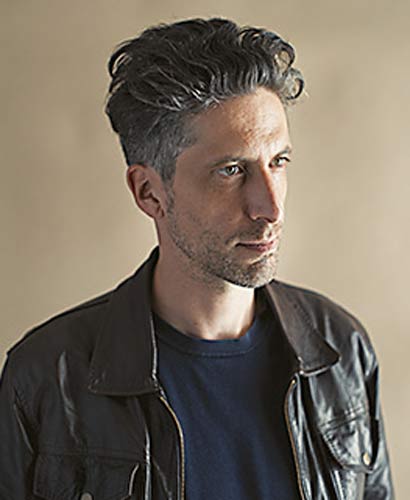 “During the winter of 2017”, writes Ed Alcock, “I travelled the roads of Morbihan to explore the evanescent connection between people and animals. Through an exploration of the childhood memories and dreams of men and women, I set out to meet individuals who have maintained an exceptionally strong, special and close relationship with animals. I discovered a world of hen-hugging children, nostalgic taxidermists, burned childhood toys, canine turkey thieves and philosophical veterinarians. These are their portraits, accompanied by their handwritten secrets.”

This work, carried out in partnership with La Gacilly Festival and the Morbihan Departmental Council, gave Ed Alcock an opportunity to criss-cross these parts of Brittany for the first time. “In French, there’s an expression that’s hard to translate into English”, explains the British-born photographer. “‘Entre chien et loup’” (literally, ‘between dog and wolf’) is a way of describing the light at a certain time of day. I find that expression very well suited to this exhibition. It not only captures the majority of the atmospheres in it, but also this duality between man and beast. Taking me into their trust, the inhabitants of this region showed me how they all have a great and highly personal rapport with nature.”

From Vannes to Carnac, and from Saint-Jean-Brévelay to Trédion, Guillac and Saint-Nolff, Ed Alcock has woven an atypical portrait of a region through the intimate lives of the local men and women who personify these places. The result is a series of images infused with the cold of a Breton winter on display at a summer Festival. This incongruity underscores Alcock’s photographic language, which explores the invisible identity of a land steeped in mystery. This sentiment can be perceived in the lost expression of the fireman standing alone in the middle of the woods, who, while being interviewed by the photographer, spontaneously drew the outline of a dog on a scrap of paper, accompanied by these quickly scribbled words: “J’ai toujours été entre chien et loup (‘I’ve always been somewhere between dog and wolf’).”

The work of Ed Alcock, a member of the M.Y.O.P. agency, explores the themes of identity, intimacy and family. His first book, Hobbledehoy, accompanied by an original text by Emmanuel Carrère, captures the intensely close relationship between a young mother and her son. His latest two series, Love Lane and The Wait, deal with the ravages wrought by family secrets.