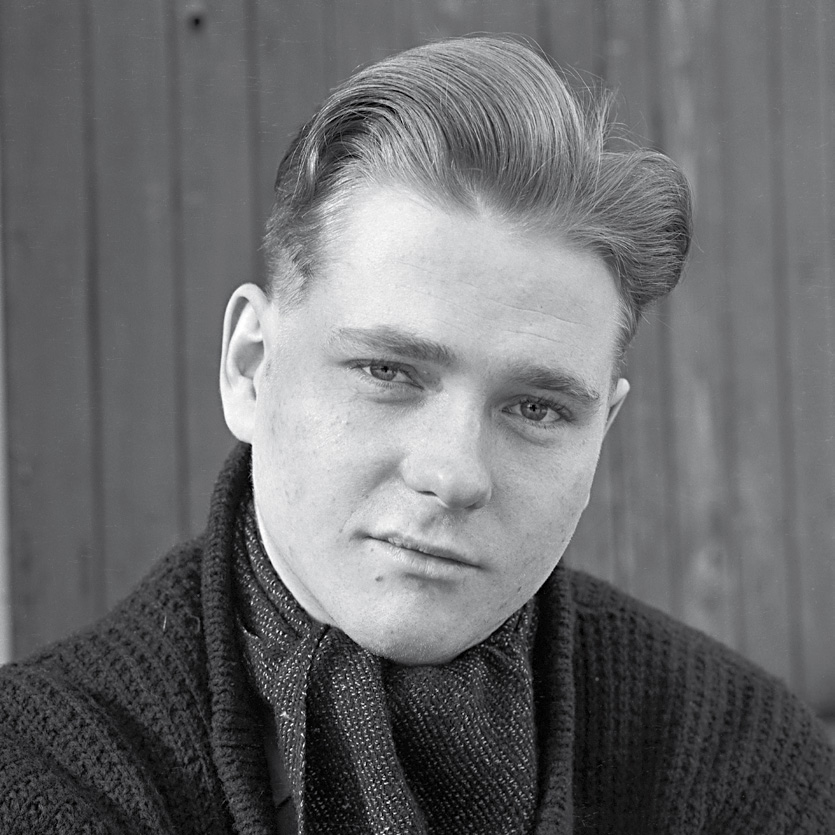 “The years go by like telephone wires along the roadside. Yet pictures freeze the passage of time, turning it into a multitude of provinces that we continue to inhabit. We can observe them, step into them and relive things that we let go long ago. At best, they can arbitrate knowledge and bring people together. […] That was my intention, anyway. ” These words from Sune Jonsson, written in 1986, perfectly sum up the nature of his work.

Born in 1930 in Nyåker, a remote village on the Swedish plains, Sune Jonsson is a faithful disciple of social and documentary photography. While art critics rightly compare him to his forerunner, the American Walker Evans, his images also show similarities with Robert Doisneau’s rural France and the atmosphere depicted by Willy Ronis. Heavily influenced by the work of photographers from the Farm Security Administration (FSA), who documented American rural poverty during the Great Depression in the late 1930s, Sune Jonsson set out to write a similar testimony on this side of the Atlantic.

Photography was not his only talent. Sune Jonsson is the author of several books including three works of fiction, two short stories and a series of short texts. All his writings have one thing in common: his home village of Nyåker – further proof of Jonsson’s attachment to his roots and Swedish rurality, a theme he also made a documentary on with the Museum of Västerbotten, where he worked between 1961 and 1995. He depicts the daily life of farmers, fishermen, miners and other workers in the countryside of northern Sweden.

For half a century, he immortalised society in his native province of Vaasterbotten, a far cry from the capital Stockholm, where he studied in the 1940s when his family moved there. Upon returning to his birthplace, he viewed the area with a fresh eye. An intellectual and poetic eye which tenderly encapsulated a fragment of Swedish society that has now disappeared. A huge undertaking and a founding work in Scandinavian photography, for which he was awarded the Hasselblad Foundation International Award in Photography in 1993.