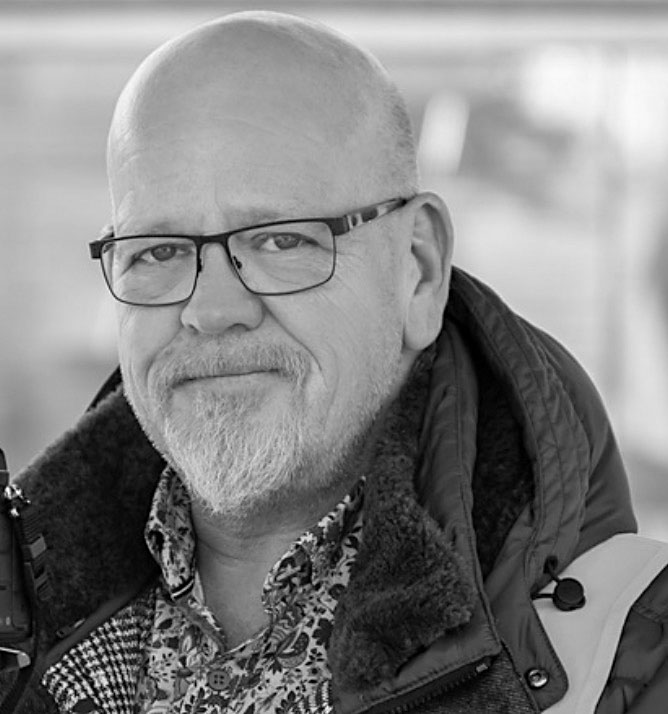 Photographer Michael Fritscher is a Sisyphus with an eye for the essential, which he uses professionally for a company that plans and operates Austria‘s railway infrastructure. This includes 1,046 railway stations and stops, 346 of which are in Lower Austria alone. Within the framework of the billion-dollar railway station offensive launched in 1997, countless stations were renovated, renewed and developed into modern transport hubs. All this has to be documented. Truly a challenge.

Fritscher discovered his love of photography back in the 1970s. It all started with a KODAK Instamatic 126. The trained retail salesman also completed an apprenticeship as a photographer, worked in aviation and switched to ÖBB in 2007: first as a dispatcher, then as a network route developer. Today, photographer Fritscher benefits from his years of experience as a railway worker. Michael Fritscher is always on the road, usually with his camper van.
No matter whether he is photographing trains, stations or ÖBB employees: if you know your stuff, you can see “more”.

His work is considered Austrian corporate photo history, documenting one of the most important companies in the country, ÖBB-Infrastruktur AG.

On the occasion of “100 years of Lower Austria”, Fritscher shows 23 pictures of a total of 21 railway stations in Lower Austria in this exhibition. The focus of this type of architectural photography is on information and clarity. Travellers should be able to easily recognise how the stations are equipped and what services are offered to them, even without attached captions.

All pictures were taken in compliance with the strictest safety measures.