WIM WENDERS, JULIANO RIBEIRO SALGADO: SALT OF THE EARTH
Salt of the Earthis the work of renowned Brazilian photographer Sebastião Salgado. His rough black-and-white pictures of crises zone all over the world were shown worldwide. Until he could take it no more, ended it, and put fauna, flora and conservation at the centre of his work. His film, created jointly with his son Juliano Ribeiro Salgado and with Wim Wenders, is steeped in empathy. In 2015 the film picked up a Cesar Award for best documentary and an Oscar nomination. 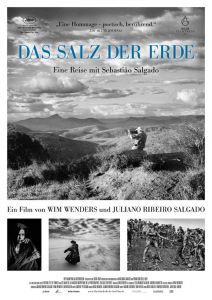