While the 50thanniversary of the first Moon landing is being celebrated and it is also 500 years since the death of Leonardo da Vinci (1452–1519), Andrea Buck & Fritz Franz Vogel have already spotted the man in the Moon: it is Leonardo himself. His reflections on the Moon, as well a his universal interest in painting, technology, botany and astronomy, inspired the two Swiss artists to visit him with their satellites on the Moon. Not least to explore what would have happened if Leonardo had invented the camera. Would he have turned into an early Helmut Newton or even David LaChapelle…? 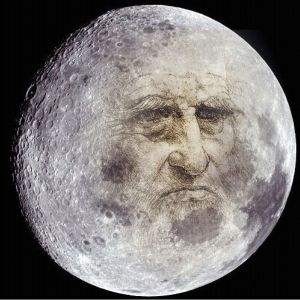