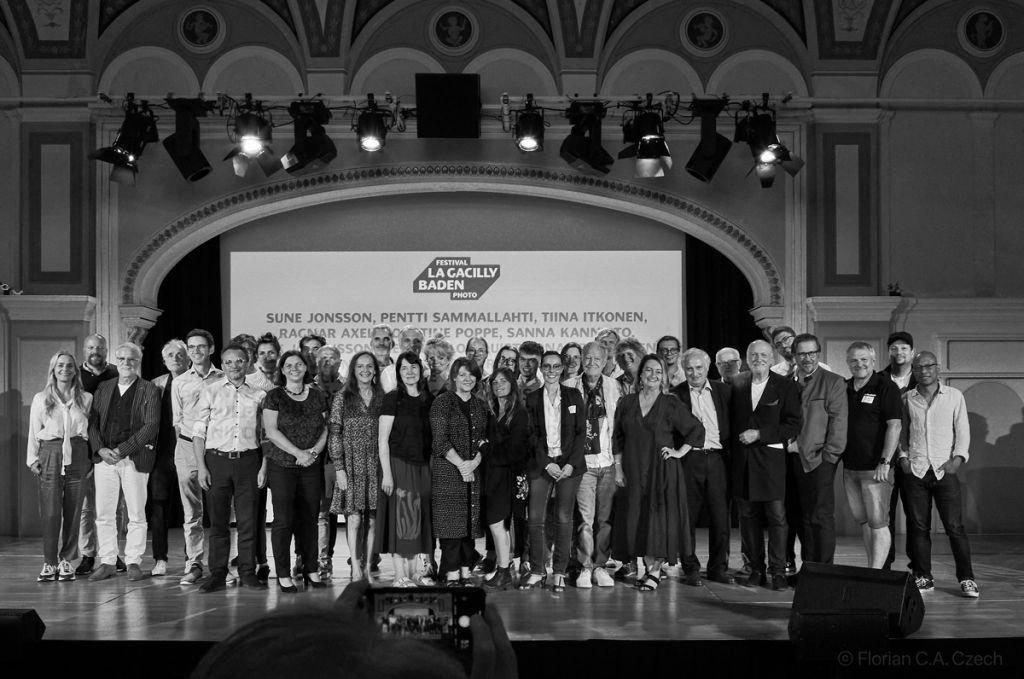 An exciting media weekend in Baden near Vienna as part of the La Gacilly-Baden Photo Festival, many impressions, conversations and impressions to enjoy and reflect upon! Photographers and their photos move us, shake us awake and show us the beauty of our world, but also the dangers that threaten the blue planet and humanity.

ORF Lower Austria accompanied the events throughout Friday, during which the photographers present spoke about their exhibitions during a five-hour tour. Markiza TV from Slovakia graced us throughout Friday and Saturday.

As far as I can tell, about 400 interviews were conducted during this media weekend, which will report on Baden in due course.

After Silvia Lammerhuber, the Festival’s Commercial Director, and Festival Director Lois Lammerhuber welcomed the 150 or so participants to the Long Night of Photography in the Casino Baden ballroom, there was a fireworks display of exciting presentations and discussions. The focal points were, after a review of 5 years of the Photo Festival in Baden – representing Mayor Stefan Szirucsek and paying tribute to the Festival, Mrs. GR Judith Händler said: „I have never been so proud to be a citizen of Baden“ – Young Scandinavian Photography, led by Hilde Sandvik from Norway, the war in Ukraine, led by Lars Boering from the Netherlands, with a panel of media representatives from the NZZ. The evening concluded at midnight with the presentation of the NGO Big Life Foundation by its founder, British-American photographer Nick Brandt, followed by the moving winning images from 10 years of the Global Peace Photo Award.

The picture shows the participating photographers and the leading teams from Baden and La Gacilly at the end of the Long Night of Photography on the stage of the ballroom at Casino Baden.