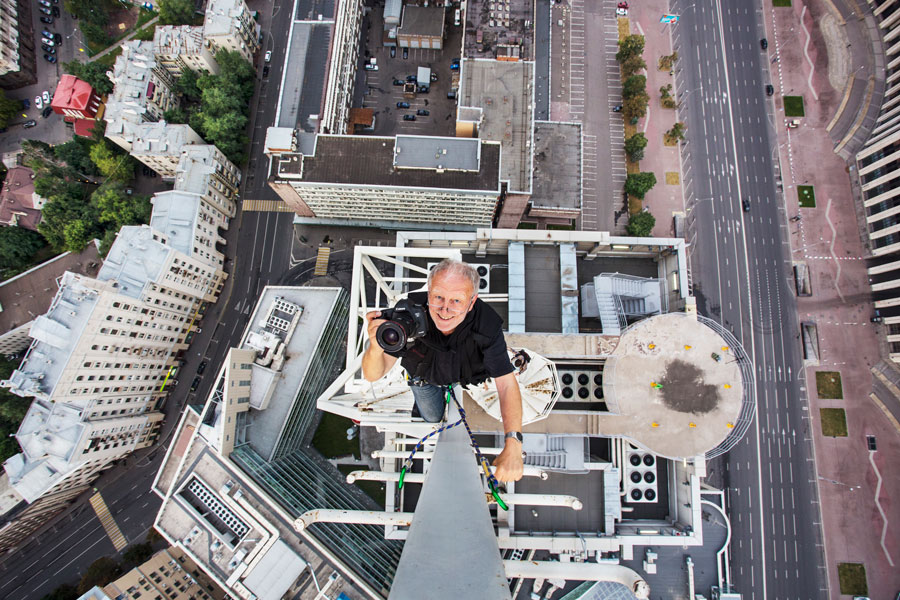 Revealing the humanity behind the headlines with telling detail and a rare capacity to dig deeply into his subject, Gerd Ludwig’s photography focuses on environmental issues and life in the former Soviet Union. His many assignments for National Geographic and personal explorations have established him as the photographer with the most skilled, extensive documentation of the region.

Born in Alsfeld, Germany, now residing in Los Angeles, Ludwig has received the 2006 Lucie Award for International Photographer of the Year, the 2014 German Society for Photography (DGPh)’s prestigious Dr. Erich-Salomon Award and the 2015 Missouri Honor Medal for Distinguished Service in Journalism.

For decades, the Soviet capital was devoid of vibrancy, expression or opportunity – but after the fall of communism and the radical shift from a state-run to free market economy at manic speed it seemed to drown in mass poverty and chaos. Only when oil prices surged in the early 2000s did the economy begin to recover, spurring obvious changes in Moscow. Its skyline was brightly lit; billboards drew crowds to shops, now full of consumer goods. With these epochal changes emerged a new social class, the oligarchs – small but power-ful – consisting of Soviet-era turncoats, street-savvy “biznesmeny,” organized-criminals and corrupt politicians. Complete with all-night discos, opulent restaurants and designer boutiques, Moscow now rivales any global metropolis. Outside this realm, however, exist -Moscow’s marginalized – homeless people and migrant job seekers from former Soviet republics, as well as oppositional activists and the LGBTQ community, regularly harassed by militia.

The Russian Orthodox Church is reemerging as central to Russian identity. Millions of Muscovites rush to baptisms, clergy resume their age-old rituals in opulently restored churches and on Epiphany, icy swims in priest-blessed rivers and lakes are believed to cleanse sinful souls.

Young people, referred to as “the Putin Generation,” have grown up under the President’s watchful eye. Some, like him, fear that Russia is headed on a reckless path of globalization and soulless capitalism, sparking the rise of nationalist youth movements. Others – thrill-seekers – scale Russia’s highest buildings or create new reality through cosplay.

With the support of Edition Lammerhuber, Baden.