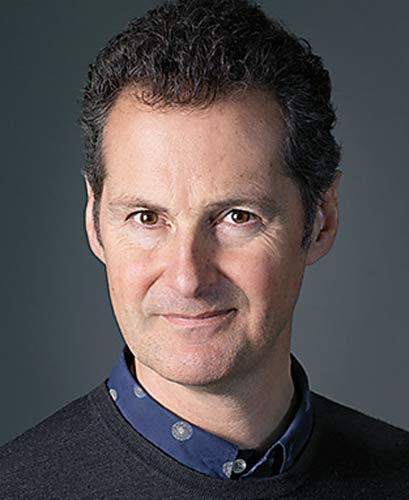 “When you look at an animal and it stares back at you, you can’t help asking yourself: is it aware, does it have a soul, what is it thinking about? In what ways is it different from us? For me, this eternal question represents the most interesting aspect of working with animals. And it is this unique space that you can’t experience with another human, which continues to fascinate me.”

Born in London in 1958, Tim Flach started his career as an advertising and design photographer. It was only later, “when I didn’t have to worry about paying bills any more”, that he devoted himself to his personal projects and to animal photography. Since then, his work has been published in National Geographic, The New York Times and other publications, and features in four books: Evolution, More Than Human, Dogs Gods and Equus.

A member of the Royal Photographic Society since 2013, Tim Flach is more than a mere animal photographer. Inspired and influenced by leading figures such as Irving Penn, André Kertész and Stephen Shore, he stands out for his unusual approach which consists of taking studio photos of wild animals or pets in positions that are usually associated with people. “But I’m not an animal photographer”, insists Flach on his website. “Whether they are domestic or wild, I take the animals out of their context. My interest is less in their wild nature and more in what they say about us.”

This almost scientific approach takes the opposite stance to anthropomorphism. “I’ve always liked that quote by Picasso: ‘I don’t search, I find’”, says Tim Flach. “And my job is all about finding. Finding the expression that will make us see these animals differently. Even those we encounter every day, like the chicken we’re used to seeing with feathers and which is depicted as a ballerina position in one of my photos.”

And this is where Tim Flach’s art resides – an art that has found a place in the permanent collections of museums around the world. He introduces us and reintroduces us to all these animals. His eye is nuanced, amused and tender, benevolent and sharp, never cynical. And he brings us photos that are funny, touching and always surprising. These species, which are all “more than human”, take us back to our most primal aspects.