The Streets of Addis 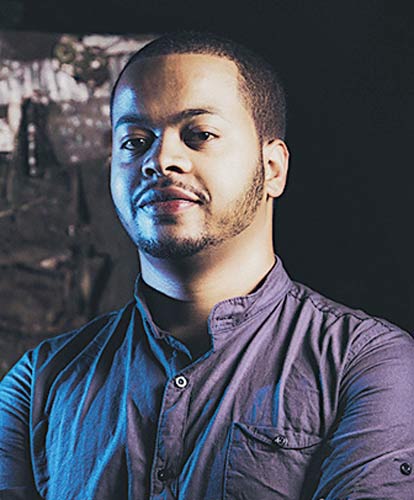 “Instagram has killed photography”, wailed the techno-pessimists ten years ago after the launch of Instagram. As always, these sceptical and refractory guardians of the temple – paralysed by the idea that something that wasn’t previously accessible to all was about to be democratised – failed to see the important influence this photo-sharing application would have on the development of an art that was, ultimately, still young. It took nearly five years for leading photographers to jump on board. During that time, the second largest social media site after Facebook was monopolised by advertisements, photographs of people’s dinners, airplane windows, kittens in cups and hairy feet in flip-flops on beaches in Ibiza.

The work of young Ethiopian photographer Girma Berta now thumbs its nose at them and defends the cause of Photography with a capital P on the front line on Instragram. For this photographer – who considers Addis Ababa, the capital of his homeland, as a “mosaic” – would not be where he is today without his smartphone and Instagram account. His work consists of cutting up street scenes from photos taken with his telephone and isolating them against digitally created backgrounds. From production to circulation, his entire creative process relies on a simple iPhone connected to the internet. Today, through his @gboxcreative account, Girma publishes his photos to nearly 33,000 followers – a growing community with whom he interacts directly.

“I want to capture the beautiful, the ugly and all that is in between”, says this 27-year-old artist and graphic designer represented by the Addis Fine Art gallery. “Using a mobile phone allows me to approach people without them even realising. It’s not in our culture to have our photos taken, so by doing it this way, they think I’m looking at my screen. I always make sure that they are not recognisable.” His resulting work was rewarded in 2016 by a grant from Getty Images in partnership with Instagram. His colourful and poetic vision contrasts sharply with the usual preconceived, reductive ideas that are all too often propagated about his country.