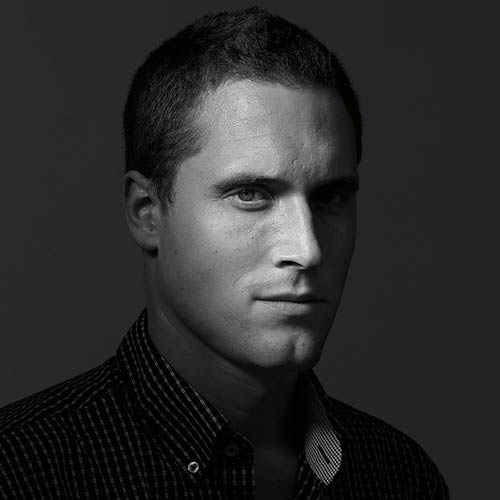 Daniel Naudé’s passion for animals was sparked during a car journey from Cape Town in South Africa to Mozambique. A pack of Africanis dogs – a lithe breed with pointed muzzles and tails wound round between the back legs – hurtled out into the road. This unexpected encounter set the young South African photographer, who was born in 1984, to work on his first project Animal Farm, which gave rise to a first publication. Following on from this work, he then started to look at societies in which cattle are not considered a food source, but rather as objects to be venerated. “I’ve always been fascinated by animal protection, cross-breeding, the extinction of species and how man reacts to these phenomena. After finishing my first project, I came across an article that mentioned the possible disappearance of Ankole-Watusi cattle through cross-breeding with dairy cows.”

From the famous Ugandan Ankole-Watusi bullocks with their superb arched horns, to Zebus from Madagascar and as far away as the Indian subcontinent, Daniel Naudé has captured the essence of these animals considered to be embodiments of divinity. “I was so impressed by the majesty of these cows that I decided to continue this work in other countries.

These cattle hold a very important place in popular culture. The survival of the Ankole-Watusi, for example, is at the heart of cultural and economic debate in which African values and symbolism confront Western commercial concerns.”

This exhibition concentrates on the artist’s work in Africa. It illustrates the photographer’s desire to immortalise these moments shared by man and beast in an attempt to enshrine in our memories a natural environment that we are slowly but surely destroying. In this series of photos, the human presence is usually discreet but always implied by a detail, an atmosphere or a silhouette. “I hope that my work will allow the people looking at it to better understand the age-old bond that exists between cattle and men. By their presence and prestige, these animals enrich interactions with man, for they are part of human culture. These portraits are all unique moments in which my presence and that of the animal merge. None of these photographs were staged.” In this series, the photographer restores elegance and dignity to the animals, which are always the main subject of his work. They gaze out at the onlooker in an act of irrevocable confrontation charged with intense emotion.