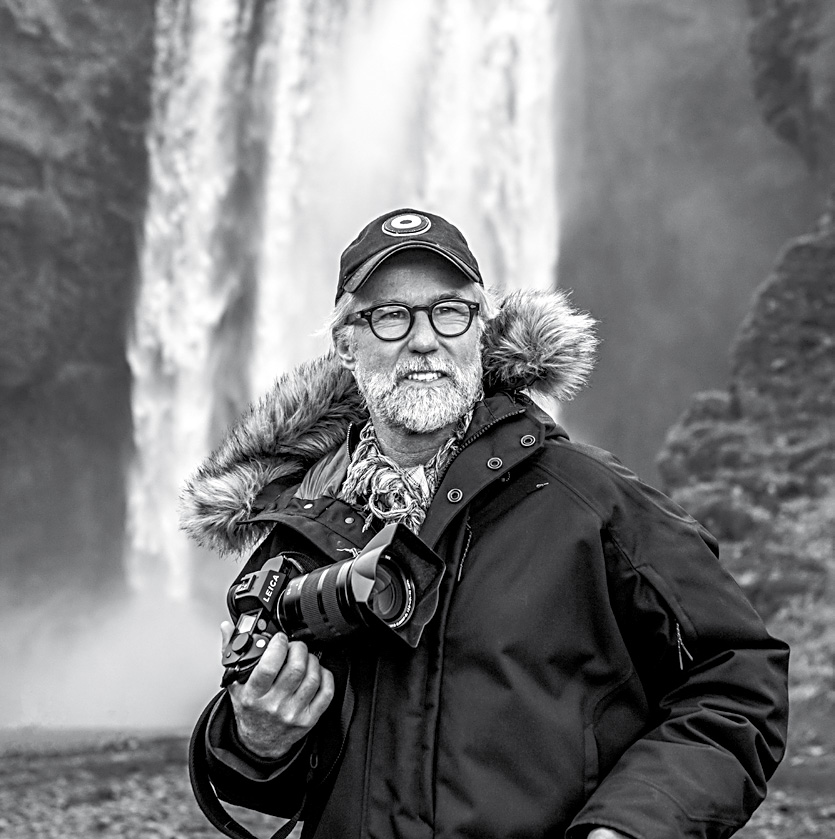 For Ragnar Axelsson, winter is not coming: winter has always been here. The man known simply as “Rax” was born in Iceland in March 1958 – in the depths of winter, fittingly. His has been a life of ice, blizzards and piteraq, the katabatic wind that sweeps over the Arctic polar ice cap and howls over the icy steppes of Greenland and Iceland. The same wind that constantly blows through Axelsson’s photos. He has taken photographic possession of this sublime white yet hostile world. For more than thirty years, he has strived to document every aspect of these frozen lands where people and wildlife live in harmony, accustomed to the extreme cold.

His exemplary work on sled dogs underscores how the potential extinction of this iconic animal threatens the very survival of the 4,000-year-old traditional Inuit way of life. With unrivalled mastery of black and white, which he uses not as a shortcut to aesthetics but as a form of photographic syntax to shape his narrative, “Rax” captures with equal mastery the snow-bitten jaws of a wolf-dog and the windblown face of a hunter wandering along a wave-drenched, gale-swept Dyrhólaey beach.

At the age of 10, he borrowed his father’s Leica and laid back on the cliff tops to photograph the birds flying above, then went home to develop his own prints. His passion earned him a place as a studio apprentice at the age of 16. In 1976, then aged 18, he got himself a job with the Icelandic daily Morgunblaðið, where he worked many years. His work has been exhibited in some of the world’s largest institutions and celebrated at Paris Photo art fair. He has also received more than twenty Annual Icelandic Photojournalists Awards. His photos have been published in National Geographic, LIFE, Stern and Time Magazine, and he is frequently cited as an inspiration by young photographers keen to work in black and white.

Ragnar Axelsson is currently in the midst of creating an extensive series on the eight Arctic countries, where the effects of global warming are increasingly devastating. A photographic journey deep into the cold.