ABOVE THE WORLD AND THE TIMES - HOMAGE TO HER 80TH BIRTHDAY 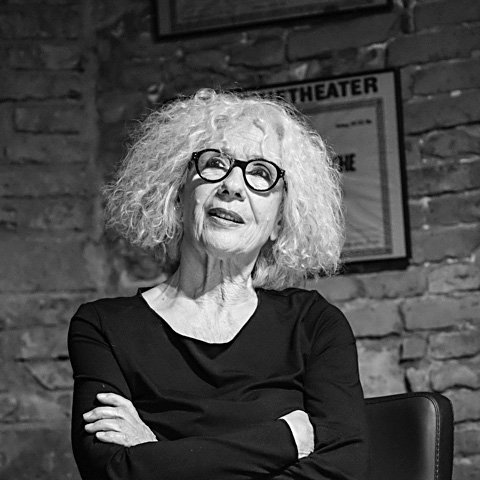 Christine de Grancy was trained as a ceramicist and graphic artist in Graz. Since 1963, she has lived in Vienna, where she worked for many years as an art director in advertising agencies before devoting herself exclusively to photography. Her admirer and friend André Heller said about her: „Christine de Grancy became famous early. This is not easy for an unspectacular black-and-white photographer who, in order to find an audience, cannot and will not use the methodology of rock stars, film actors, sportsmen or bank robbers. So it must have something to do with the quality of the work. I would like characterize her as a story rescuer, called to give duration to beautiful and terrible moments. Her photographs are touching fortunes from the mysterious territory of unsentimental art. My imagination shows me a lady with tenacity, diligence and loyalty. With a good melancholic face that is not easily forgotten. From impoverished nobility, and tills the soil with her own hands in all seasons. People respectfully call her the ‚Augnerin‘, and the fruits of her fields are accuracy and a precious way of looking. For 30 years, she has been transforming this harvest into photographs, which are admired by the sensitive in town and country, because a power and beauty dwells in them, which usually makes the viewer more capable. The ‚Augnerin‘ lives apart from all fashions, this has made her essential. She is interested in the state of the rivers and the luminous traces of the caravans, in the bankruptcy proceedings of love or the games of children and old people. She has a comprehensive view of the world and gives expression to it in comprehensive pictures of the world. She must also be called a political artist, a chronicler of wounds and rejections, a reporter of lost innocence and the all too many who have fallen from grace. Her own favourite game was and remains: ‚I see, I see what you don‘t see‘. She plays it with holy seriousness. That is why she is called the ‚Augnerin‘, because her ability to perceive is a stroke of luck for which we have to be grateful“.