Journey to the Roots of America 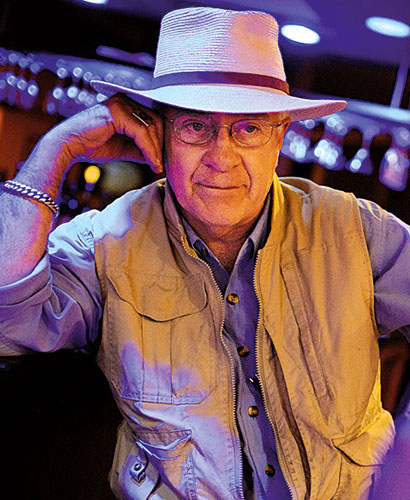 …that this nation, under God, shall have a new birth of freedom; and that government of the people, by the people, for the people, shall not perish from the Earth. In the throes of the American civil war, President Abraham Lincoln gave his Gettysburg Address in 1863, a speech that still resonates in the hearts and minds of Americans today. This country founded on the fundamental principal of freedom is best illustrated by its Far West. While the United States’ 50 states all have their own wildly different personalities, the big skies and sweeping spaces of Montana, Arizona, Nevada and Texas are indisputably some of the best known. The America of westerns and gold rushes. The America of John Steinbeck’s The Grapes of Wrath and Legends of the Fall by Jim Harrison. The America of rodeos and Native American reserves. Route 66 and national parks. Hard-working men and women, the early pioneers of a brand-new nation. Deep in the heart of this wild, raw, dust bowl country, the roots of America rise above the surface.

A world that master of colour photography, legendary National Geographic contributor and Minneapolis (Minnesota) local William Albert Allard wanted to immortalise. Through his wanderings, he explored a country as vast as it is beautiful, a place forever caught in the eternal dance between light and shadow. The country’s locals and horizons bring scenes to life in which the unique atmospheres of the many different localities shine through, like something straight off a film set. Ambiances and atmospheres that have haunted and fascinated our collective unconscious for nearly a century now. One cannot be pessimistic about the West, wrote Wallace Stegner, known as “the dean of Western Writers”, and winner of the Pulitzer Prize in 1972. This is the native home of hope. When it fully learns that cooperation, not rugged individualism, is the quality that most characterizes and preserves it, then it will have achieved itself and outlived its origins. Then it has a chance to create a society to match its scenery.

For more than 50 years now, William Albert Allard (born in 1937) has played a crucial role in the history of photojournalism. He pays tribute to his native soil and each of his perfectly-composed photographs has a story to tell: a rider gazing out over a prairie, the lanky stretch of a cowboy playing pool, the light in a teenager’s eyes, snapped in a field. Despite their differences, these characters come together in a harmonious symphony, all sharing the same ease of men who know how to take the time to live.