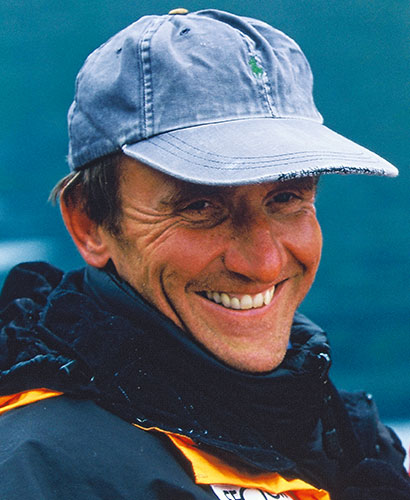 One of the biggest catastrophes of our times is global warming and the melting ice caps. The United States elected a climate-change sceptic as their president, who spent the first year of his mandate steadily unpicking everything Barack Obama had worked to achieve, pulling the US out of the Paris Agreement and reducing the EPA (Environmental Protection Agency) to less than it had been under Reagan (1981–1989). Meanwhile, the ice caps continue to melt away to nothing. When it comes to climate change, there is no Plan B because there is no planet B, replied Emmanuel Macron in response to his American counterpart’s decisions.

From the Arctic to Peru and the Swiss Alps to the equatorial glaciers of Puncak Jaya in Indonesia, the planet’s ice is evaporating as we speak. Scientists have estimated that most of the Himalayas’ ice will have gone by 2035: that’s just 16 years away. In the Northern Hemisphere, snow is melting in springtime nine days earlier than it did 150 years ago, while frost comes ten days later in autumn. In late March 2018, as the Arctic’s sea ice reached its annual maximum extent, NASA announced that 2018 would be joining 2015, 2016 and 2017 to form the four most critical years ever, with temperatures rising up to 4°C above normal levels.

Through close to 30 years of travels and expeditions, French photographer Philippe Bourseiller and his team have struck out on his tireless pursuit of the perfect light, travelling across the world’s biggest ice stretches as they creak and shift, in a human-free world that remains untouched – for now. The images he brings back are spectacularly beautiful, illustrations of a mesmerising world on the brink of extinction, whatever Donald Trump thinks. An astonishing study of ice, featuring close-ups and wide shots of this increasingly rare resource that remains nevertheless essential to the survival of our planet and species. In 2017, 50% of Americans were still not convinced of the existence of climate change. If this situation doesn’t change, and quickly, Philippe Bourseiller’s photographs will be considered archive material sooner than expected.