Guardians of the Land 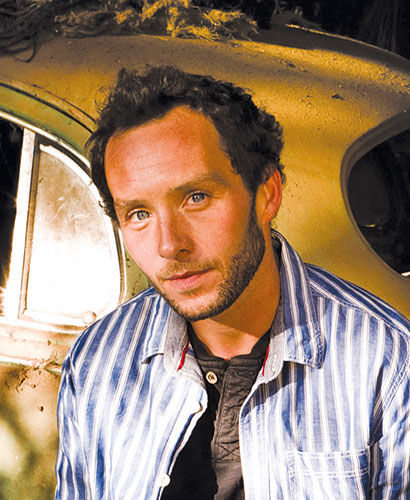 Throughout the 20th century, trees were wiped out of the farming landscape, first by tractors (as trees were seen as obstacles to ploughing and working the fields), and then by the successive rural reparceling of land in the sixties and seventies. In the age of intensive farming and overexploitation of the soil, bocages (the hedgerow used to delineate fields and meadows) have gradually disappeared. And as a result of these small hedged fields being thrown out in favour of massive fields sprawling as far as the eye can see, the number of farmers in France has dropped significantly: there are fewer than 900,000 today, compared to four million in the early sixties. A disfigured landscape shaken by an environmental and food crisis.

Yet across France, a handful of farmers are putting up a fight, turning to organic farming and working to recreate the natural hedges that were once home to incredible biodiversity that shaped the landscape, nourished the land and protected crops. The hedges help form and maintain humus, the fertilising layer of earth created by decomposing organic matter and the cornerstone of life itself (the word has the same Green root as “human”). These initiatives have led to agroforestry appearing and thriving on French soil, a type of farming that combines generating forestland and growing crops, whether temporary or permanent.

For its third commission, the Yves Rocher Foundation supported British photojournalist Phil Hatcher-Moore, who set off to explore three of France’s regions (Brittany, the Pays de la Loire and Auvergne), meeting the men and women fighting to safeguard our land. Backed by local, regional and national associations, farmers of all ages and schools worked to rethink their practices and are laying the groundwork for the agricultural techniques of the future. A state of mind and approach that bring farmers and the complex, fascinating workings of nature back into osmosis. By replanting these destroyed hedges, they are breathing new life into the bocage and revitalising the land.

Born in 1972, Phil Hatcher-Moore lives and works in Wales and spent a long time covering news in East Africa, having been based in Nairobi (Kenya) for five years. He followed the conflict in the Democratic Republic of Congo, focussing on M23 rebels in the east of the country. Phil Hatcher-Moore is passionate about drawing our attention to our changing societies, dramas unfolding in the Balkans and in Pakistan, the repercussions of nuclear tests in Kazakhstan. His strength lies in his ability to get close to the people he photographs, bearing witness to history in the making.

Supported by the Fondation Yves Rocher