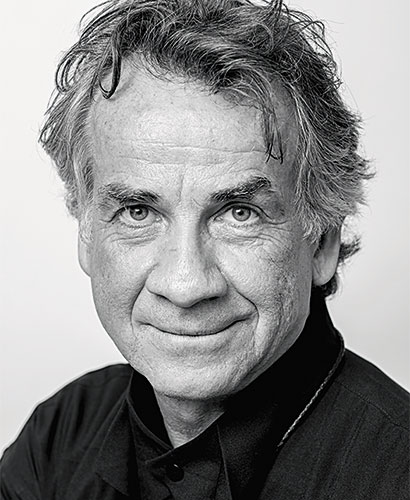 According to the WWF, a third of our planet’s land is covered by forest. Every year, 150,000 km2 vanish as a result of deforestation, the equivalent of thirty football pitches every minute. Real trees are felled in the Brazilian -Amazon, while plastic artificial copies are erected in Singapore, Kuala -Lumpur, Indonesia and Malaysia. An absurd paradox and sign of the times. While forests are sacrificed at the altar to globalisation and mass consumerism, the tags “nature” and “organic” have never been as popular with marketing teams working for major industrial groups and leading brands.

Snapped in the jungles of Indonesia and Malaysia, the Reading the Landscape series features photographs that illustrate the three different forms of nature: untouched, destroyed and artificially recreated. German photographer Olaf Otto Becker (born in 1959) uses his lens to highlight the contrast between the pristine primary forests untouched by humankind, the sweeping swaths of crop land and modern sites where a strange kind of futuristic approach flirts with sinister dystopia.

Presenting the viewer with these three states of being seen through the prism of his characteristic photographic aesthetic, Olaf Otto Becker puts a terrible reality into perspective: forests that took several millions of years to develop, vanishing in mere decades. And faux forests, fictitious nature popping up in their place, empty green shells manufactured by consumerist societies.

Convinced that art should say something about the world we live in, his photographic triptych showcases a different kind of nature altogether: the nature of humankind’s desire to recreate that which it destroys. In vain. Because while Singapore’s giant tree-shaped towers attempt to mimic natural plant growth via technology (such as generating energy using the sun or rainwater), they remain a pale imitation of the infinite complexity and variety of real trees. As the photographer himself puts it, all the inventions and designs of the world’s best architects cannot rival the destroyed forests and their ecosystem. These poetic yet chillingly realistic images draw a sad portrait of a modern world caught in the jaws of cognitive dissonance.