From one Bank to the Other 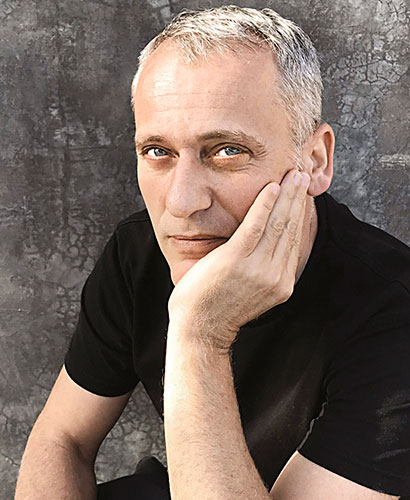 7,000 kilometres away from the metropolis, in the abandoned wastelands of Guiana, home to Europe’s spaceport, a silent tragedy is unfolding. In the heart of the Amazon jungle, in forest villages nestled in the embraces of the Maroni and Oyapock rivers, Native Americans, and primarily teenagers, are taking their own lives. There have been so many deaths here that the term “suicide epidemic” would be no great exaggeration.

French-Catalan photographer Miquel Dewever-Plana has devoted his work to exploring questions around identity and he wanted to understand why this was happening. He integrated into the Wyanas’, Wayapis’ and Tekos’ daily lives between 2013 and 2016. In a book that borrows its title from that of the exhibition, he collated portraits and stories from the members of these communities, collecting their accounts of tradition and custom, the trauma of colonisation and a fascination for the West.

As early as his first forays into photojournalism, Miquel Dewever-Plana (a member of the VU agency from 2002 and 2016), has always chosen to fight for recognition of indigenous peoples. During his travels in Mexico and Guatemala, from 1995 he devoted his work to studying the thirty-odd different branches of the Mayan people, making regular trips that allowed him to forge ties with his subjects, relationships built on several years of experience and mutual trust. Each time, his images plunge us into the depths of the world as experienced by these native peoples, and their deeply-rooted traditions that have been thrown off-kilter by the effects of globalisation. Because Miquel Dewever-Plana is blessed with the two qualities essential to boring down to the heart of his subjects: patience and a talent for listening, an ability to immerse himself in the world he is exploring, only reaching for his camera once he has gained acceptance and trust. In 2010, this approach earned him access to the maras, ultra-violent gangs operating in Latin America, and allowed him to document the heart-wrenching, poignant account offered up by Alma, a child who experienced violence early on: produced in collaboration with journalist Isabelle Fougère, this web documentary that followed the young woman won the Visa d’Or gold award at the festival Visa pour l’Image in 2013.

His diptychs of Guiana’s native Americans are contemporary, intimate portraits that shed light on the eternal battle humans lead in the fight for survival and reinvention, despite the demands of a rapidly globalising world.