Half a Century in the Himalayas 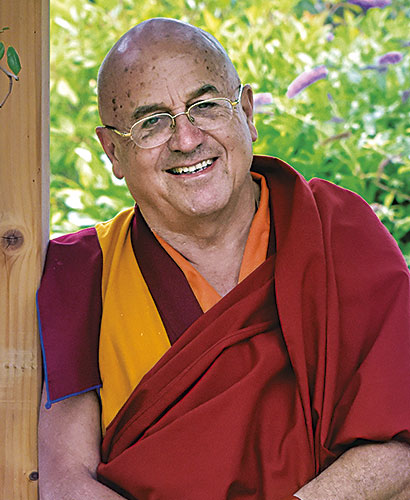 Matthieu Ricard is a scientist, an interpreter for the Dalai Lama and undoubtedly France’s most famous Buddhist monk. The son of a philosopher (Jean-François Revel) and painter (Yahne Le Toumelin), in 1967 he decided to move to India, emigrating to the Himalayas where he remained for over half a century.

He describes his art as an ode to the inner beauty of the sages, and the external beauty of nature, that’s how I see my humble photography. Over the years, I was lucky enough to live alongside the great masters of Tibet. I witnessed their exceptional qualities with my own eyes. And I was also immersed in the everyday lives of the people of the Himalayas, the intimacy of the monasteries, the immensity of Tibet’s mountain plateaux, the magnificence of the Nepalese mountains and the tranquillity of the Bhutan valleys. He began taking photos at the tender age of ten. Those close to the budding photographer said of him: Don’t count on Matthieu if it’s family souvenirs you’re after. He only takes photos of flowers and puddles. As a teenager, he met André Fatras, a pioneering wildlife photographer who introduced him to the basics of the craft. And the passion has stayed with him ever since. I don’t take photographs. Photographs take me, as Henri Cartier-Bresson was fond of saying. Which is why it’s so important to always keep an eye out. A situation, landscape or face can strike Matthieu Ricard at any time.

Isn’t a good photograph simply one you can look at for hours without tiring of it? the monk-cum-photographer asks mischievously. Photographs of a monastery emerging from amidst the dawn mist or horses galloping under a stormy sky in Tibet. Sometimes, he muses, a miraculous ray of light illuminates a scene for a fleeting moment. At that exact magic moment in time, it almost feels like you’re painting with light.

Matthieu Ricard enjoyed exclusive access to the private lives of the nomadic communities, sacred spots and most remote sites in the Roof of the World. This exhibition traces a great photographer’s personal journey through a life dedicated to wisdom, spirituality and Tibet’s people and culture. Henri Cartier-Bresson has rightly said of him that Matthieu’s spiritual life and his camera form a single whole. It is from them that these fleeting yet eternal images spring. Since the start of 2018, Matthieu Ricard has wanted to turn away from media interest. At the age of 71, time has become his most valuable possession. Before returning to the tranquillity of his Nepalese retreat overlooking the Himalayas, he hand-picked the photographs on display here for your enjoyment. His next big project is silence. We will hear nothing further from him.