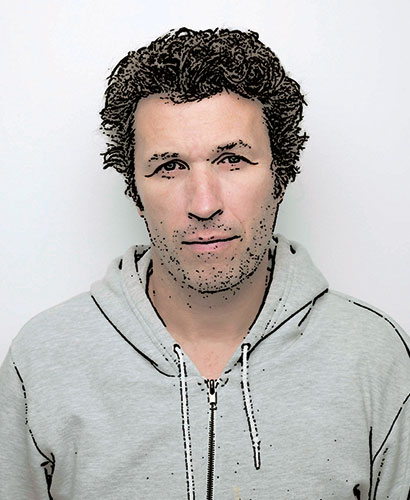 28°C by day, 24°C by night, blue skies, a gorgeous, tranquil sea, a steady swell, a refreshing north to north-west breeze, wind force 5 to 6 for Andhra Pradesh, low pressure at 10 hectopascals to the south over Sri Lanka, heat wave warnings issued, due to ripple from west to south-west from Kerala, cooling south to south-westerly winds scale 5 to 7 around Tamil Nadu…That’s the weather I can expect for January and February, when I migrate to south-eastern India near Pondicherry, explains Frédéric Delangle. Every year, I’m hosted by two true patrons of the arts, Emilie and Dimitri Klein, and I’m able to take the time to reflect on this continent-sized country and produce the work that makes up my “Indian winter ”. According to the photographer, India has its own unique way of doing things. To a westerner, it can seem strange, insane even. You have to observe it, delving right in, feeling it, questioning everything you see. You have to learn the art of patience and leave what you thought you knew behind you. Forget what seems obvious. Trying to pin this country down is as complex as finding logic in madness. You have to experience it before trying to understand it. These series are my attempt at linking West and East. An attempt at using photographs to find equivalences in these two civilisations that seem so very different.

Born in France in 1965, Frédéric Delangle has a love of architecture and landscapes, and first discovered India in 2001, during a trip that was to change the course of his career path forever. Intrigued and enthralled by the atmospheres he experienced here, he began a project that was to stretch over 15-odd years, investigating contemporary society in India, an emerging economic powerhouse alongside China, and home to 1.324 billion people, making it the world’s second most populated county. He spent over a decade wandering the streets and fields of the Indian subcontinent on a mission to capture the country’s elusive soul. From its 15 million microshops that supply 17% of the world’s population, to the sacred Ganges where Hindus come to replenish body and soul, via a series of everyday street scenes, Frédéric Delangle brings us his Microshop series, as well as Harmonious Chaos, Ganga – snapshots of everyday life, Stairway to heaven and I shot the street. He uses these images to weave a portrait of a colourful, urban, bustling India, never at rest. A country that seems so fundamentally chaotic and yet where society is profoundly, viscerally structured around a caste system and a sense of organisation that lies beyond western understanding. His work is a journey deep into the heart of his passion for the subject he has covered for over 15 years now, a passion he aims to share with all.