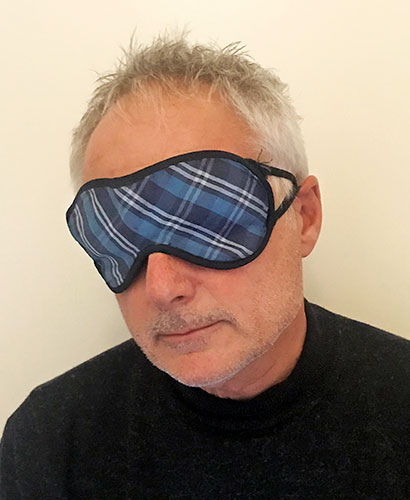 “Photographing famous people wearing a sleep mask sounds more complicated than it is,” admits Freddy Langer, who has been doing just that for 40 years. Many of the painters, musicians, actors and writers that he asked to pose for a portrait breathed a sigh of relief, “How nice! Impossible to look at the camera like an idiot!” It seems even artists who have been photographed a thousand times are not free of a fear of the image. This is as true of people like Robert Mapplethorpe, who pressed himself to a wall and said, “This is like an execution!” as of those who smiled confidently into the camera, like Claudia Cardinale, who celebrated the moment as her own show. During a reception she did not put the sleep mask over her face until she had, loudly and with a charming accent, called a dozen other photographers to join the shoot. Within the Festival La Gacilly-Baden Photo Freddy Langer will turn on his photographer colleagues and ask them for a Blind Date during the opening weekend.