The end of a world 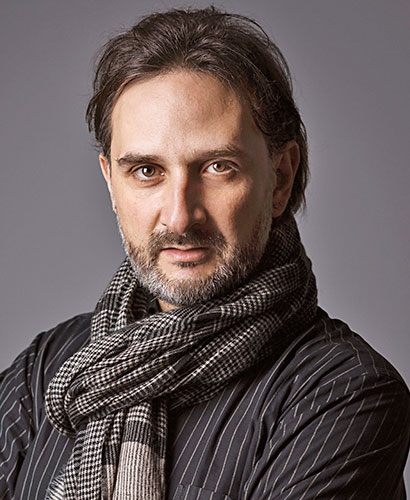 The Omo Valley in southern Ethiopia is one of those legendary places that has long fascinated photographers, travellers and adventurers, and was awarded UNESCO World Heritage status in 1980. The beauty of the tribes who live here and the landscapes carved out by the 800-kilometre river that gushes out into lake Turkana draws flocks of tourists on a quest to experience the authentic, unspoiled atmosphere that is fast disappearing across the continent. This haven was disrupted in 2008 by the Ethiopian government’s Gilgel Gibe III dam-building initiative.

Italian photographer Fausto Podavini took his first steps in the industry in studio photography, before setting off in 2011 to document the impact of this dam on the local landscape and inhabitants over a six-year period. As the country’s economy atrophies beyond belief, buoyed by colossal European and Chinese investment, this 240-metre-high structure has doubled Ethiopia’s electricity production figures. Yet this development came at a price: massive geographical, cultural and ecological disruption. And the dam is no exception. Inaugurated by the prime minister in 2016, the dam has considerably slowed the river’s course, eradicating river flooding and in doing so disrupting the lives of local farmers, cattle herders and fishermen. Most significantly of all, it has overturned the ancestral customs of the ethnic populations who called the depths of the forestland here home.

Once work on the dam was complete, the Ethiopian government then began leasing tribal territory out to private corporations, who used the land to build cotton and sugar plantations. The tribes, meanwhile, became displaced. NGOs working on the ground estimate that a total of 100,000 people have been directly affected by the dam.

In recounting the story of the Gilgel Gibe III dam and its impact on local populations, Fausto Podavini skilfully illustrates a wider problem: the loss of the planet’s native populations in the face of blind, unstoppable, frenzied development, all in the name of instant profit. And the loss of Africa’s soul, too.
This work was the winner of the 2017 Yves Rocher Foundation/Visa pour l’Image Photography Award, and received a 2018 World Press Photo award in the Long-Term Projects category.

Supported by the Yves Rocher Foundation.