Habitats and Inhabitants of Morbihan 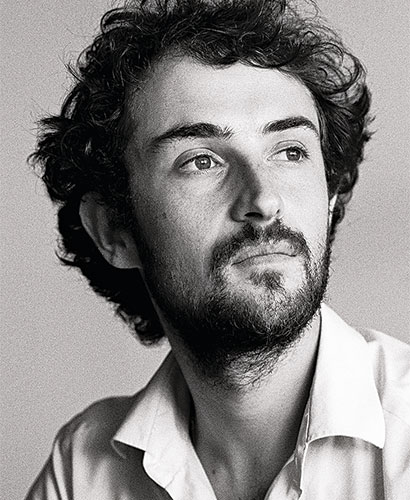 One of French photojournalism’s greats. For this commission backed by the Morbihan Regional Council, we called on the seasoned eye of édouard Elias. Spotted at the Visa pour l’Image festival four years ago for his work on the French Foreign Legion in the Central African Republic, and awarded Perpignan’s Rémi Ochlik prize in 2015, this 27-year-old photographer is a die-hard fan of photography history and technique. Those who know him know only too well that Edouard prefers to discuss others‘ work rather than his own photos, happily pondering the framing or compositional style of one of his much-admired masters. In his report on firefighters tackling a blazing Iraqi petrol well, he pays tribute to Sebastiao Salgado. During his very first report in Ukraine in 2018, he referenced the work of Josef Koudelka.

This love of old photographic technique, his finely-tuned instinct for aesthetics and his incredible passion for story-telling all inspired us to ask him to take a closer look at Le Morbihan and its inhabitants. Fishermen heading out to sea for a 48-hour stretch, a typical day in a retirement home in Gourin, everyday life in the training barracks at Saint-Cyr Coëtquidan, a garden party at Lanester, a man who lives on his houseboat in Belle-Île: this photography essay is the story of my wanderings around Le Morbihan, says Edouard Elias, after spending several weeks exploring the region. Each photograph is up-close and personal, intimate glimpses of relationships that were sometimes forged in the space of mere hours, while others were built over several days. Presented in a range of different formats, these behind-the-scenes snapshots alternate between landscape and medium format, and illustrate the relationship that exists between the locals and their living environments. A series of portraits that bear testimony to the diversity of the region, and its deeply-embedded link to the land.

By shining a light on the private lives of his subjects, édouard Elias and his endless travels continue to nourish the very essence of his craft: reportage. All the work that goes into taking a photograph of a human being in dire straits (pain, loss, war, poverty, suffering) is the result of a profound urge, and of personal adaptability. But the essence of our work as photographers must focus on the subject. And his work on Le Morbihan locals is a spectacular illustration of this philosophy.

Supported by The Morbihan Regional Council