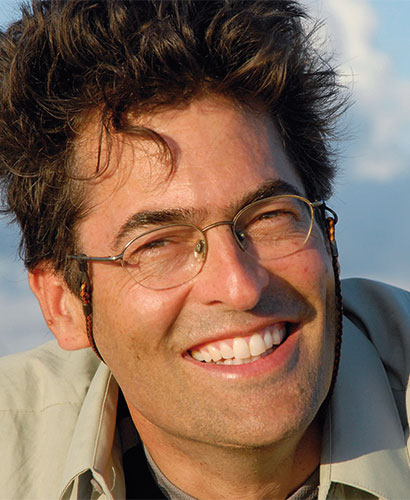 24 November 2017 was a Black Friday like any other in the United States. The snapshot of a writhing crowd throwing themselves on flat-screen televisions went viral and shocked audiences around the world, unveiling as it did a monster we all know well and truly exists: mass consumption.

Clothes, food, technology, cars, wood, and paper, this gigantic monster consumes everything it comes across. Fed by the population boom we’ve seen over the past few decades, changes in consumer habits and the emerging, growing middle classes in countries such as the United States, China and India, this man-made monster is now spiralling out of control. At the dawn of the 21st century, as some figures estimate a global population of 10 billion humans by 2050, western consumerism, and the potentially severe consequences for our planet and the survival of our species, must be brought back in line as a matter of urgency. Paul Ehrlich very recently stated that civilisation as we know it is almost certainly destined to collapse in the next few decades. The acclaimed biologist had already published the highly controversial The Population Bomb 50 years ago, in which he warned readers of the dangers of overpopulation. Because a picture is so often worth a thousand words, Ansel Adams prize-winner and Californian photographer Chris Jordan (born in 1963) began work on his Intolerable Beauty series in a bid to appeal to our consciences. A law student turned full-time photographer in 2001, the politically-aware artist pairs mountains of objects and materials with his characteristic photographic style to create hypnotic snapshots that fascinate and unsettle. In the sinister piles of mobile phones and cars, the vague outline of our modern consumer habits and contemporary reflexes can be glimpsed. We produce goods on a mass scale, refusing to repair or keep, discarding everything we use.

Yet despite his activist work, Chris Jordan rejects any kind of moralistic, guilt-tripping role, leaving each viewer free to draw their own conclusions and reflect on the consequences of their actions, habits, blindness and unconsciousness. In the hope that one day, we might think more deeply about our everyday behaviour.