Being 15 in La Gacilly 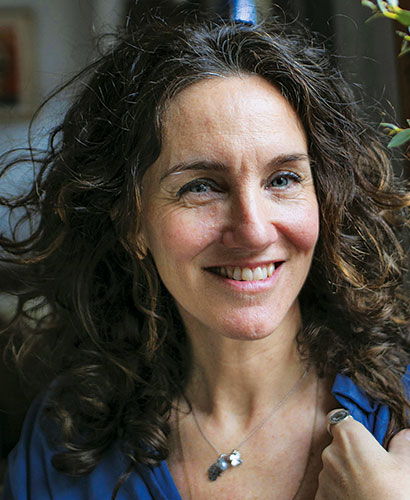 During her two-month residence at La Gacilly Photo Festival, the French-Spanish photojournalist Catalina Martin-Chico has focussed on La Gacilly´youth and, more particularly, on the question of what it means to be 15 in a village today? In France, the government has just decreed that at 15, children are legally entitled to use their own data online to whatever end they choose. At the same time, Catalina has been looking at the particular issues faced by teens who live in rural areas such as La Gacilly, La Chapelle-Gaceline or Glénac. At this age, they are just emerging from childhood and are still attached to the safety of the family unit, yet they are beginning to open themselves up to the outside world, to forge significant friendships and to explore life’s joys. But more than that, they are asking themselves questions: Should I stay? Should I go? Where, and what will I do there? This is a crucial and, in many cases, complicated period in a young person’s life when they have to make choices that will determine their future, and this often happens all too early. By sharing in her subjects’ daily routines, the photographer has penetrated to the heart of a particular moment in life, with all the gentleness that characterises her work.

I wasn’t familiar with Brittany, and this was my first residence, too, says the photographer. I had no idea what I was going to do there. It felt a bit like going to see a film without knowing the plot, without even having watched a trailer. I arrived like an adventurer on unknown soil. It was the kind of challenge that piques your curiosity! A graduate of the ICP in New York, Catalina Martin-Chico was born in Biarritz in 1969, and first broke onto the scene thanks to her extended coverage of the turf wars in Yemen, which she had been visiting regularly since 2007. Her reports earned her a CICR Humanitarian Visa d’Or award. In 2017 her exceptional coverage of the FARC conflicts in Colombia resulted in a Canon Female Photojournalist Award, sponsored by the magazine ELLE and just recently with a World Press Photo Award. A regular contributor to the French and international press, Catalina Martin-Chico admits she doesn’t often work in France, although she’d like to. I’m used to travelling in countries where people bare their souls very easily, she explains. Here in La Gacilly, the process was different, slower. Maybe the French are more camera-shy, or maybe it’s a Breton thing! And yet here in Brittany, I discovered young people who are deeply rooted in, and attached to, their region. Fifteen is something of a tipping point. You’re no longer a child, not yet an adult… Some want to stay here, others want to head off, on far-flung adventures or not too far from home. Some dream of Paris or Canada, while others simply hope to move to the city: Rennes. But wherever they end up, I suspect they’ll always carry a little slice of home and their roots, a little piece of Brittany, within them.