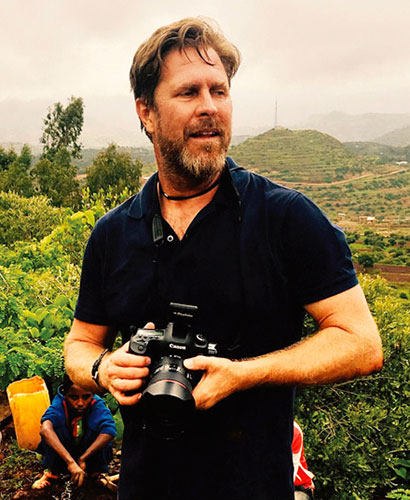 For the past decade or so, Ethiopia has consistently featured top of the list of the world’s fastest growing economies. Despite the humanitarian crises and crippling dryness that the landlocked East African state has to contend with, GDP is growing at a rate of +6% to +8% every year. The secret to this unbelievable growth spurt? Financial investment on a massive scale backed by China, which sees Ethiopia as more than just an economic partner, viewing it instead as a strategic pawn essential to developing their new silk road, the Belt and Road Initiative project reliant on establishing a rail network across East Africa. The network’s first section stretches from the port of Djibouti to Addis Ababa (the Ethiopian capital) and has already had $3.4bn ploughed into it by a Chinese bank.

Far away from this economic boom in which the environment is left to fend for itself and building sites strip farmers of their land in exchange for paltry sums, another revolution is brewing. As the Chinese-made scarlet lorries known locally as “the red terrors” screech down the freshly-tarmacked roads, men and women are rising up in resistance. With the support of Green Ethiopia and the Yves Rocher Foundation, they are gradually planting young trees grown in nurseries to reforest the region’s iconic hills, mountains and ambas. This initiative, at best old-fashioned and at worst hopelessly romantic, is nevertheless contributing to maintaining a healthy natural and economic ecosystem. Since 2009, close to 20 million trees have been replanted in a forest that had lost over 90% of its woodland in just 50 years.

Award-winning photojournalist and La Gacilly roadie Brent Stirton, known among his peers as the “monk-warrior” of documentary photography and a tireless supporter of environmental causes, set off to meet the rural populations fighting to regenerate these vanished forests. A report that belongs to the long tradition of environmental pieces he has produced over the years, historical snapshots that have earned him prizes twelve times already at the prestigious World Press Photo contest.