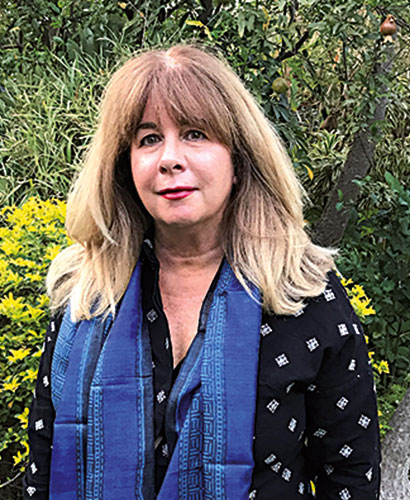 Are you sitting comfortably? Then we shall begin. The adventures of foxes, boar, deer and herons in the sumptuous mansions of the Ancien Régime or roaming free in opulent Indian palaces. The tales of museums such as -Carnavalet or the nature and hunting museum in Paris, the stories of heritage sites such as the Châteaux de Chambord and Cheverny, the Musée Condé in Chantilly, the Villa Savoye in Poissy, and Kenwood House and the Tate Gallery in London. These living theatres are stages for improbable scenarios in which the viewer, simultaneously amused and concerned, is reduced to the status of sceptical onlooker, with each image deliberately construed as a subterfuge, a fictitious and potentially even fictional, scene.

An icon of contemporary photography, Karen Knorr belongs to the generation of artists who questioned the quintessence of photography, seeing it as the art of the manufactured image rather than a pure expression of reality. Cartier-Bresson’s concept of a “decisive moment” is discarded in favour of an element of staging, in which manipulating the composition is an opportunity to convey a critical message. Karen Knorr’s photography embraces the concept of fiction in photography. Fables continues the work that Karen Knorr began in her previous series, in which museums and their collections are used as backdrops. This play on reality versus fiction so characteristic of her process is used to highlight the fictional aspect of museums that has existed since they were first invented, as places in which the vestiges of the past are preserved, and history is brought to life.

The artist places living or stuffed animals inside these historic sites, positioning them in the archetypal stances adopted by art enthusiasts, transforming them into viewers. Layering nods to mythology and references to art history and literature, Karen Knorr brings us a body of work in which allegory is used to parody historical art, highlighting judgement and knowledge as artificial constructs.

By staging these fictional scenes and imbuing them with a false sense of realism using fake animals in artificial spaces, Karen Knorr positions herself as a taxidermist of the past and present. The strangeness and irony she injects into the familiar to unsettle the viewer combine in her own brand of artifice and enigma used to crystallise fiction, and lead to the essence of what a fable truly is: veiled reality, used to communicate an unspeakable truth.

Text based on an article by Bertrand Tillier, professor of contemporary art history at the Université de Bourgogne and director of the Centre Georges Chevrier.